Henrietta Lacks is now available on Amazon For Pre-Order! 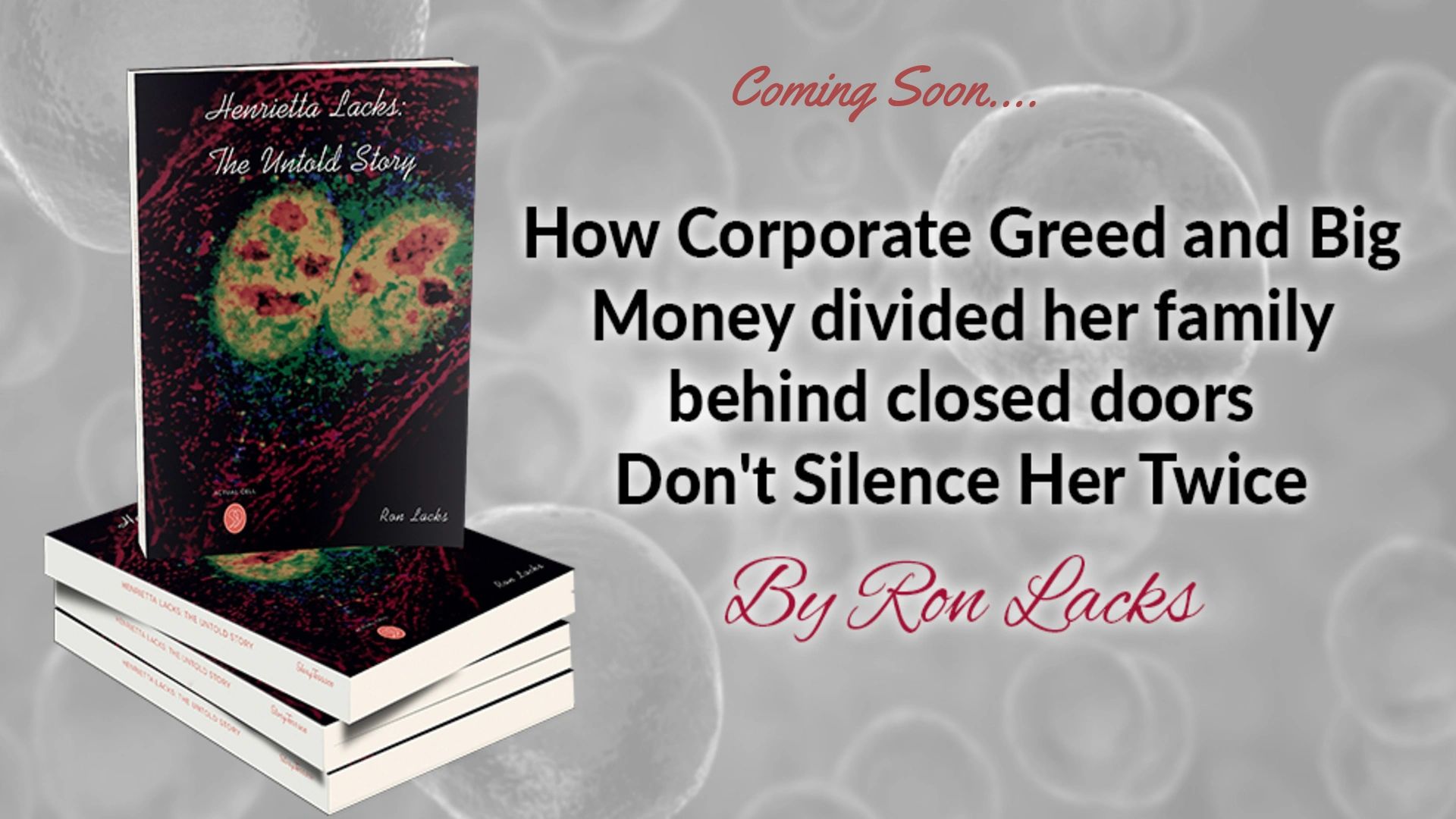 I really need people to understand the reason behind me writing this book about my grandmother “Henrietta Lacks”. For those that have never heard of her, she is the first human whose cell line was able to grow in culture, her cells were unlike any other cells, while others cells would die, Henrietta Lacks cells doubled every 20 to 24 hours. She has contributed to the medical field in ways that no other cell line has done.  HeLa cells has helped with the polio vaccine, gene mapping, in vitro fertilization, sensitivity to tape, dental and even used in the cosmetic field.

To hear and read constantly that Henrietta Lacks was a poor black farmer is hard to accept. Anyone that looks at her picture can tell that Henrietta and her husband David Lacks weren't poor black farmers - they enjoyed the finer things in life. They moved from Clover to Baltimore, not out of poverty but, because they felt their children would get a better education here.

I decided it was time to let people have an inside look from the side of the family that people don’t hear about much and that’s Lawrence Lacks family -  Henrietta Lacks’ oldest son. He’s the only one who's still alive that knew his mother. My dad was 16 years old when his mom passed away. It still brings tears to his eyes when he thinks about all the pain and suffering that she went through before her passing.

Our family has always wanted people to know about Henrietta Lacks, because we have always been enthused by the millions of lives that  “Henrietta Lacks’ HeLa cells” have done to help save and cure people all over the world. But what we didn't want is for her history to be told incorrectly. I'm so thankful that I am able to tell her family side of the story from the people who was there while she was still living and things that I personally witnessed for myself as time went on. As I get older I now realize if I didn’t tell this story no one else would. This is a story that needs to be shared because there is a huge part of her history that has been left out.

As stated in my book :  “It's not often that we as African Americans get to share in the telling of our own stories, most of the time the people are long gone and we can only go by what people decide to say happened and not the actual truth of what happened”.

Feel free to share this article with your family and friends

For More Information on Henrietta Lacks Join My List

Get advanced notice on the release date of Henrietta Lacks The Untold Story!